Luckiest girl in the world

Okay, let me take you back to 1992. That is the year Brad and I first met. We were in grade 10 (me) and grade 11 (him). He was dating my friend Beth at the time. The three of us were inseparable. We hung out before, during and after school. Whenever we could.
I was always at her house, and so was Brad. We went to parties and concerts together. Back then, we didn't spend too much time thinking of each other, but we enjoyed hanging out as a group.
We were the three musketeers for a while.
We did everything together.
A year and a half later, Brad and Beth broke up and I took off to Europe for a year of schooling. By the time I returned a year later, the two of them had graduated high school and the three of us lost touch all together. I don't think I have ever seen or talked to Beth again.
Maybe once in 18 years.
Fast forward to 18 years later (last year) when Brad and I meet again through school. This time it's our children's school. Both our daughters are in the same class in elementary school. Kind of ironic actually. It was easy to catch up like old friends, because in fact, that is what we were.
Brad and I transitioned easily from there because we had a common ground, and common history.
Today, after I got back from a walk, Brad surprised me. He had been working on something for a while, I knew because he was being very secretive. I walked into the bedroom and found 18 gifts wrapped and arranged on the bed. I was confused. I looked to him for answers.
"If we had fallen in love when we first met, these are all the Valentine's day gifts I would have given you" he says. I tear up.
I mean, how can I not?
Without opening any of the gifts, I know then and there that this is
the most thoughtful gift I have ever received in my life. Each gift is accompanied by a heart shaped piece of paper on which he wrote the year it represents. 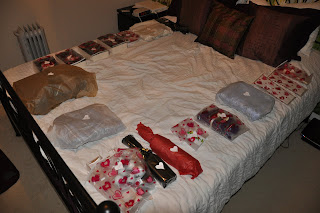 18 gifts, all beautifully wrapped, one for each year we missed
And so it begins. 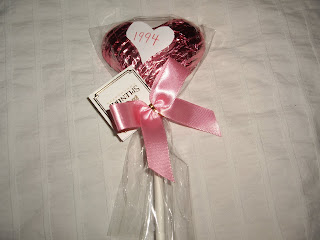 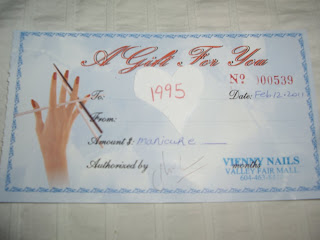 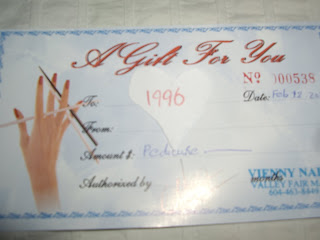 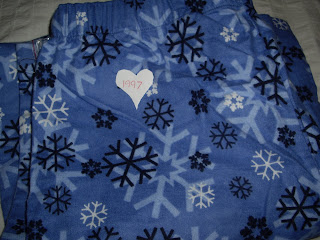 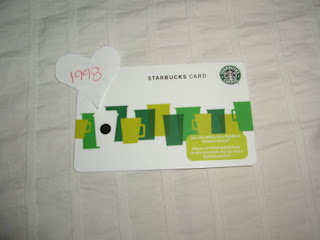 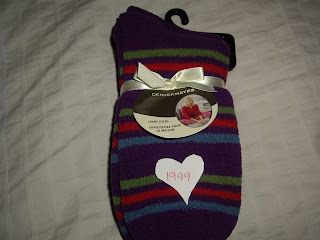 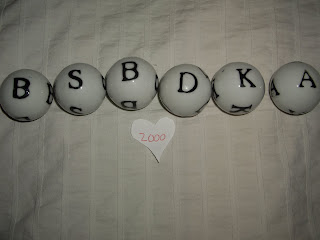 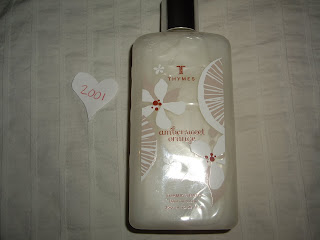 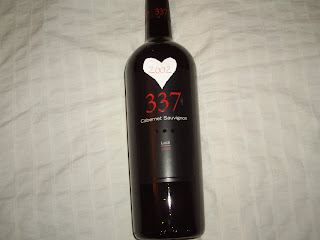 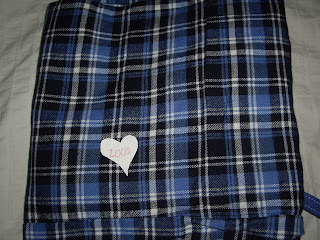 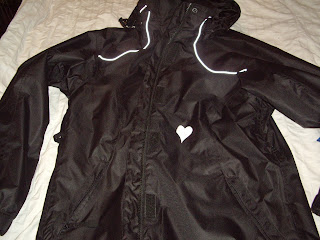 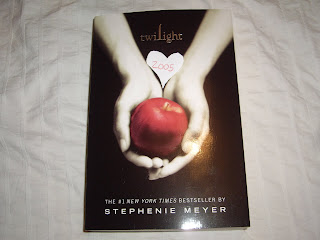 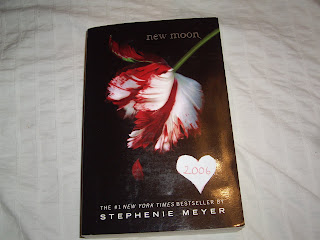 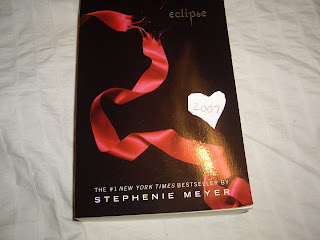 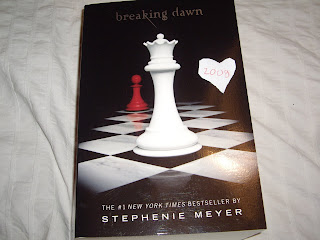 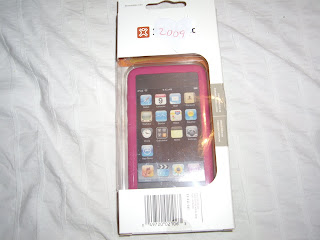 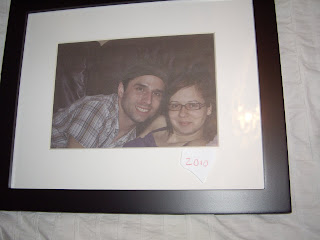 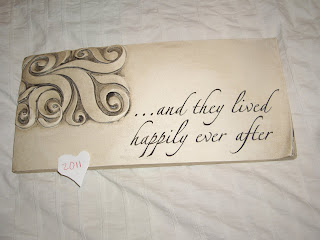 Gift 18 - For year 2011 - a wall plaque for our bedroom
By the time I finished opening my 18th gift, an overwhelming feeling of love and gratitude came over me. It is moments like this that I know that no matter what my doctors have told me, I am surely the luckiest girl in the world.
Posted by Knock knock - it's cancer! at 10:15 PM

Awwww, this is the sweetest thing! What a fabulous couple you guys make. And you know, I'm absolutely convinced that being in a loving relationship is vital to a speedy recovery.

I wish you and Brad a very happy Valentine's Day!

Awwww. I just read this to M and she says, "now I feel so inadequate." You really are blessed no matter what. Everything happens for a reason, move forward together, and appreciate every moment you have, now and for the next 40 years or so! Happy Valentine's Day!

This is freaky. My word verification was "sum p cupl" some couple!!

Red - thank you. I believe that we are going to make this journey the best it can be, under some tough circumstances.

VV - Hahha, I laughed out loud at your comment. I whole heartedly believe everything happens for a reason - you were there for a long time now, almost 4 years of my life... you know my past. It all brought me here, to Brad. And now, he is the one sustaining me through this difficult time, so YES - it all happened for a reason. PS - I just love your word verification :)

From the first that I read this blog, I knew Brad was a special guy - and that you were very lucky to have him (and of course he is lucky to have YOU) - a real match made in heaven. This just confirms my initial feeling about you two. BOTH of you are very lucky in this love.

Lis - thanks chickie. He does get me. It's cause we think the same.

Sayre - I love your comment. Funny how circumstances can bring people together and then you look back and think ' how come all this time I never knew what I was missing?!' Happy Valentine's day to you as well. :)

Very nice:) You sure are a Lucky girl Michelle.

You have already won the battle Michelle when you have such love & support from Brad! You two will be fierce warriors together. Keep telling yourself how very lucky you are. Sometimes we all need our world shaken up to make us see what is really important!!
Wendy
Happy Valentines Day to your whole family :-)

Glennie - I don't know why Christine says she has trouble commenting, you seem to do just fine! Haha.

Wendy - Happy Valentine's Day to you too! I want to be a fierce warrior. I hope I can be as good as you were!

That's awesome. You're right - probably the most thoughtful gift ever. Doesn't even matter what the actual gifts are - it's the thought that counts - and Brad has put an enormous amount of thought into it.
Some people never get that kind of love (myself included). You are truly blessed.
Eileen

Wow! Just WOW Michelle! What a sweetheart! That is sooo unbelievably thoughtful and creative. My heart was melting reading your every word and looking at the pictures of each gift. I LOVE that you knew each other way back when and the you ultimately ended up together. It's like right out of a movie or something... Anyway, a very Happy Valentine's Day to you and Brad. :)

Eileen - I agree, it didn't matter what the gifts were, it was the fact that he put so much thought into it that mattered.

Kathy - I love it too. And, being divorced, with small children, it's hard to trust when dating... but it was easy with us because we knew from the start that we were 'good people', lol. The friendship grew into more right off the bat.

I have more tears in my eyes reading this.. Thanks for sharing your lucky man with us and yourself. I am so happy to see you happy again.. You deserve the best and I think you have finally found the man of your dreams..

Brad by far is the most romantic, loving man and you deserve him indefinately. OMG Now that is a Happy Valentines Day!!!! xo

This is PRECIOUS. Even I am tearing up! What a wonderful man, for an equally wonderful woman! I'm happy you found each other :-)

Knock knock - it's cancer!
I am a 35 year old engaged woman, with 2 children, 2 'almost' step children and a wonderful man who loves me. I have made every dating mistake known to man, and now, finally I feel like I got it right. We were planning on getting married this summer, but wait - I got diagnosed with cancer on January 14th, 2011. Now everything is on hold and I'm fighting the battle of my life.

Who in the world reads this blog?